Brand PLT grew celebrity collaborations from local UK based reality stars to international celebrities - launching a collection with Kourtney Kardashian in 2017 - elevating brand awareness globally through Out of Home in the UK, France, USA and a TV partnership with NBCU E! Entertainment across UK, France and Australia.

Working closely with PLT, Mirabelle execute campaigns across the globe targeting major travel junctures, including London Underground, and high-traffic and touristic locations, such as Times Square. These campaigns drive product awareness of PLT’s lines and build a perception of the brand being positive and relevant in-market, through stand-out on various high frequency and high impact formats. 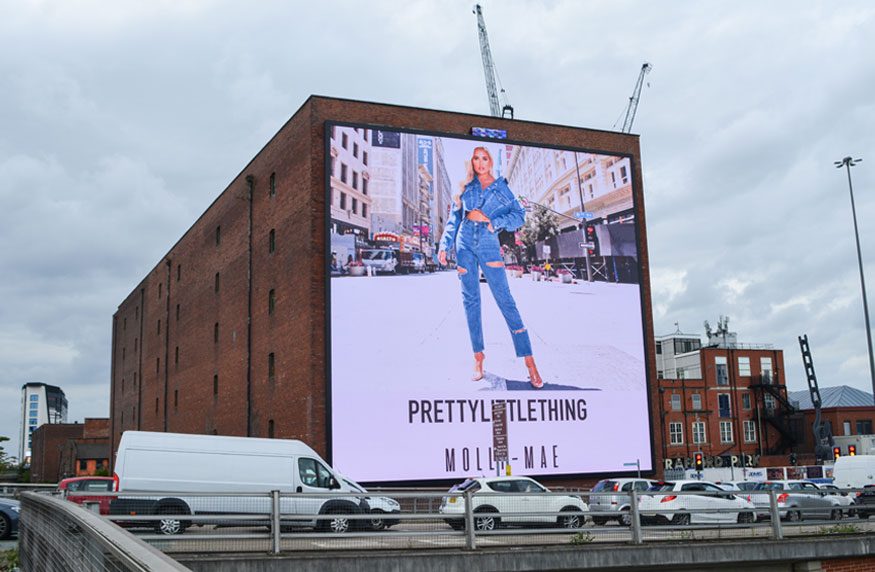 The swathes of pink & prancing unicorns are distinctive and fun, which resonated with a youthful female market and target audience of PrettyLittleThing.

The brand became more than an on-trend affordable fashion outlet, it has a strong and rapidly recognisable brand identity. Pink unicorns appeared everywhere from newspapers, bus, tram and taxi wraps, to more extravagant activations; such as a helicopter wrap in support of a PR stunt, positioned during Celebrity Big Brother. PrettyLittleThing are not only identified by their logo but are now synonymous with its signature pink adorned with unicorns, which established a sense of individuality and personality alongside high audience recall.

Growing the awareness of the unicorn print for the PLT brand went global, appearing across the United Kingdom, Ireland, France, Spain, Greece, Australia, United Arab Emirates and the United States of America.